Prepositions pose particular challenges for an instructor facing the difficult task of teaching and testing ESL students. The root cause of many ESL student struggles with prepositions lies in the fluid nature of preposition use in the English language. Native speakers don't miss a beat when they explain how they get "in" the car and "on" the bus. Both cars and busses are modes of transportation that require a rider to technically get inside of them; but, when English speakers talk of busses, the culturally accepted description to use is that people get "on" them much like they would get "on" a boat.

The great comedian and student of language George Carlin pointed out another inconsistency in the use of prepositions when he joked to the flight attendant that Evel Knievil can get on the plane if he likes, but Mr. Carlin prefered to get in the plane.

These eccentricities in English are undoubtedly confusing, but there are techniques to help students get acquainted with the conventions of preposition use and to test their ability to use them correctly. 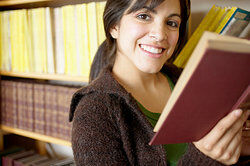 Creating an ESL Test About Prepositions

Prepositions signify relationships of time, place, and logic between nouns in a sentence. The following exercises will provide ideas for how to test students' understanding of how prepositions are correctly used in English.

Students often struggle to understand the differences in how prepositions are used to reference to periods of time such as years, months, weeks, days, and hours.

In a particular week however, events occur on particular days. In the week of the 15th, I have to do my taxes on Sunday.

Hours are a specific moment in a week and occur at a particular time. On Wednesday, I have an appointment at 3:00.

Here are two ideas for presenting the concept of prepositions and to test whether the ESL student understands the concept:

One excellent way to have students practice and show proficiency in using prepositions is to provide them with some sort of simple map and ask questions relating to where landmarks on the map are located in relation to each other. Provide students with a list of prepositions, and ask the following types of questions:

While the above strategies offer some very useful techniques to use when creating an ESL test, prepositions are ultimately best understood through real-world practice. Students acquire a naturalized proficiency in preposition use by reading English and speaking with native English speakers.

One useful tip is to encourage them to read about things that interest them.

If students are engaged in reading about subjects that they really care about, they will possess a natural exigency to actively read the passage and will begin to internalize how prepositions are correctly used.

Much like the above reading tip, encouraging students to speak socially in English is a fantastic way to develop preposition skills. In as little as an hour a week of extra English speaking in their personal lives, students will see improvement in their ability to use prepositions correctly.