ESL pronunciation is difficult to both teach and learn. The major impediment to this task is that each native language students bring unique challenges to the classroom with regards to English pronunciation. Unlike Spanish, for example, English is not even a phonetic language, meaning that in English words are often spelled differently than they are pronounced. 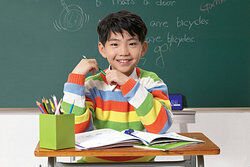 The International Phonetic Alphabet identifies approximately 25 consonant sounds and 18 vowel sounds that are used in the English language. The approximations are a result of the many different dialects of English including:

The difficulties for second language learners with regards to ESL pronunciation are complicated and very real.

The following resources will benefit teachers and students alike as they work to achieve the goal of improved ESL pronunciation:

Not every language uses the same sounds. For example:

Some students in ESL classrooms will be able to naturally borrow more sounds from their native language than others. Those students who speak a native language that doesn't use some of the sounds used in English will obviously face greater difficulties learning how to create those new phonetic sounds.

Age is another complicating factor, as the research behind second language acquisition theory has proven that younger language learners acquire phonetic sounds at a much more rapid rate than older learners.

Instructors must be aware of the myriad of variables that influence the ESL classroom and the challenges that different students face with English pronunciation. Students also need to recognize their areas of difficulty and put in the dedicated work that is necessary if they want to become successful English speakers.